Top 100 Things to do in London

With so little time and so much to do, what top things will you choose to do?

What are the top 100 things to do in London?

The Best of British from England's Capital City might include a cruise down the Thames, a head off to the Tower or a rolling London Eye view - with so little time and so much to do, what top things will you choose to do?

Best places to visit in London

The top things include London's top attractions, its best places to visit, it's nicest things to do, the little romantic places to go, fun things and even a few FREE things to do in London. Just follow the link below as all the pages are linked together and the website is super easy to navigate.

Must See in London?

So little time, so much to do

If you wondering what to do whilst in London, you need to know about the top things to do here as you will not have time to do everything. With so many wonderful things to do it can be very hard to decide what to leave out. You can't do them all. This is why we have listed the Top Things To Do. Just start from the top and work your way through the list, selecting the things you want to do from the very best England's capital has to offer. 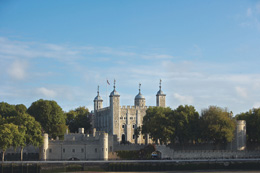 Head off to the Tower of London!

Visit the Tower of London for its history of misery, torture, body stretching and head removal. The very stones under your feet may conceal dark secrets and unspeakable horror. Yet the Tower is no freak horror show. This is a place of treachery and treason. The lust for power and the brutality used to keep it fills the narrow passage ways like an insidious London fog.

The priceless Crown Jewels still glint within the Tower's fortified vaults. The Jewels are even worn despite their grand old age. You might be privileged enough to see a sign in a space where the Crown Jewel should have been, that says "In Use".

The Beefeaters still guard the Tower of London, but not really. Their main job is to show us around and look good in a photo. For the record, a Beefeater's real name is Yeoman Warder.

The Ravens are real enough and remain captive in the Tower. Should they ever escape the Tower of London would crumble into dust. How do we know this? Well, the Tower is still in one piece and the ravens are still there.

You'll find information and links to London's top attractions and tours as well as local tips and advice.