Top 10 Things to do in London England

The Changing of the Guards 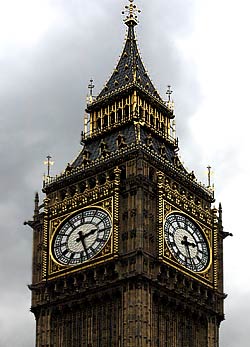 Big Ben – the world's greatest clock, (Big Bell actually, Big Ben is the name of the greatest bell) has to be heard, seen, photographed and remembered for you will probably see it many times again. Every time you do see Big Ben on the media you will think back to standing there waiting to hear the ‘dong’.

Big Ben is not the tallest clock in the empire but it’s the best, the icon, probably the most televised clock in the world, even Londoners love it. It could have had its own TV series but the government feared it might move to Hollywood to pursue a movie career.

London would not be London without Big Ben. From the pennies that it uses to keep it on time to it's enlighten face smiling down on the cold inhabitants as they struggle across the windy Westminster Bridge.

When parliament is in session a light emanates above Big Ben's face.

8 (37) The National Gallery in London 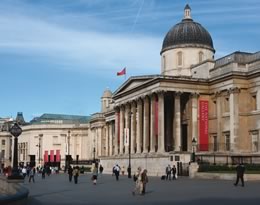 Look at the Beautiful Pictures at the National Gallery

Walk around the aisles of the National Gallery and expose yourself to some of the greatest European art on the planet. Housed in a majestic building in Trafalgar Square the National Gallery is surprisingly unstuffy and relaxed. Get up close and personal to Monet's Water lily pond, Van Gogh's Sunflowers, Rembrandt's portraits, and the spectacular Da Vinci's 'Virgin of the Rocks' and Raphael's 'Madonna of the Pinks' to name a few. The National Gallery is home to 2,000 masterpieces of the Western European art. The Van Gogh room is a must.

The permanent collection costs nothing which is amazingly when you consider the priceless nature of the art on display. Admission prices are applied to special exhibitions. No pictures or video are allowed.

You'll recognise many of the works on display but there are guided and audio tours. You can make up your own tour and choose at random from over 1,200 paintings on the Collection Tour, or select from a range of family and themed trails.

The "60 Minute Tour" features the highlights on offer at the Gallery. It is available in English, French, Italian, Spanish, German, Russian, Polish, Portuguese, Dutch, Japanese, Chinese (Mandarin) and Korean. The audio guide is free with a London Pass

Known for its underfed Dinosaur at its entrance the Natural History Museum itself is large and quite impressive. Have a good look at the columns and floors for the detail contained within their architecture.

What really matters of course is what awaits you inside. The awesome Whale Hall starring the biggest creature on earth, past and present, the endangered Blue Whale, the spectacular Darwin Centre Cocoon, the exciting Attenborough Studio, the big facts about the rise and fall of the Dinosaurs and the eruptive studies of volcanoes and ground shaking work on earthquakes. If that's not enough there are special displays that show case topical insights into the natural world.

Every year over one million people come to Westminster Abbey to explore it history, marvel at it's architecture and artifacts and worship at its daily services. Westminster Abbey is a very special place with the current building dating back 700 years and its predecessors dating back to over a 1,000. Benedictine monks first came to the site of Westminster Abbey in the middle of the tenth century. They established a tradition of daily worship which continues on to this day.

Since 1066 English Kings and Queens have been crowned here and 17 monarchs have been buried here. In fact, there are a total of 3,000 or more bodies buried within the Church and Cloisters accounting for most of the significant ex-people in England's history. Over 600 monuments and memorials help to testify to their import. The impressive list of dead people is only matched by the architecture and sculpture within the Abbey. On mass Westminster Abbey's tombs and memorials comprise the most significant single collection of monumental sculpture in the UK. The Church just oozes with royal dead. However, where most of us might keep our skeletons in the cupboard. ..Westminster Abbey keeps its bodies under foot.

The impressive Gothic Church we know today was built by Henry III in 1245 and is a treasure trove of paintings, stained glass, textiles and other artifacts. The Library and Muniment Room contain collections of historically important archives, printed books and manuscripts.

It is easy to arrive at Westminster Abbey not quite know which way to turn. Audio guides are available in eight languages but for a small fee you can and should sign up to the highly-popular verger-led tour. For well over an hour you will be guided gently around Westminster Abbey to the Shrine (containing the tomb of Saint Edward the Confessor), the Royal Tombs, Poets' Corner, the Cloisters and the Nave.