Top 100 Things to do in London England

96 (53) Watch a puppet show at the Little Angel Theatre

Take some time to enjoy the underrated entertainment medium of Puppetry and you won’t be disappointed. Feel the magic of the art pull you into a jerky world full of strings – just like the real thing in a way:

"there is magic in this compact theatre and its glowing stage" Time Out. Quite why puppet shows have retained their appeal is hard to fathom. With the brilliance of movie and television animation and the amazing toys on the the market you would have thought Puppetry would be of historical interest only. The little Angel Theatre "the Home of British Puppetry" and is helping to keep the art alive. Take your little person to the Little Angel Theatre and see the magic in their eyes.

Harrods has always scared me a little. I always felt I'd be ejected, made bankrupt or both.

The mission, should I choose to accept it, was to spend a little, no mean feat - or maybe it is - anyway, buy something 'cheap' and exit with the prized Harrods' bag.

These days they welcome every $ or £ carrying personage, even me.

Magic, comedy and song and that’s just the stall holders. Covent Garden is a magnet for tourists, locals and office workers alike.

Enjoy the interesting if not entertaining street entertainers, market stalls, boutique and unique shops down old, occasionally, cobbled streets, the obligatory window shopping - oh to be rich, cafes, restaurants and the ok Punch and Judy pub.

Covent Garden's vibrant atmosphere sucks the crowds in - but no one ever seems to leave. Wonder around the Jubilee Market, Neal Street, check out the street performances in the piazza then park yourself somewhere for lunch and people watch and enjoy not having to do anything to earn your glass of wine or pint. 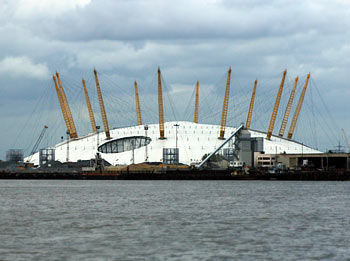 The controversial and unloved Dome is unique and an amazingly feat of engineering. The Dome is still being developed and will probably end up being one of London's top attractions.

The picturesque Leeds Castle was built on two adjacent islands in the river Len. It is said to be the most romantic castle in England. Fortunately for Londoners, Leeds Castle is located in the south-east of England, in the heart of the Kent countryside east of the village of Leeds a mere two hours drive from London. It is a great place to visit or as part of a trip to or from the south coast.

The history of Leeds Castle goes way back to the Saxons. Possibly as early as the reign of Ethelbert IV in 856. The first castle was probably just an earthwork enclosure with a wooden palisade. It wasn't until the twelfth century that a stone castle was built. After that the castle changed hands several times and each owner left their mark with rebuilding, alterations and enlargements. Most significant was Henry VIII who made major improvements enlarging and beautifying the whole range of buildings. At the same time, he carefully retained the defenses of the castle through fear of a French or Spanish invasion. The practice of rebuilding continued up until the nineteenth-century.