Top 40 Things to do in London England 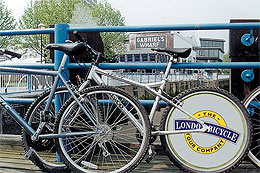 Based in Waterloo resides a bunch of Londoners peddling a great tour of the Capital. You can choose between a mountain bike or traditional cycle and experience a guided tour of London's top attractions. Your expert guide will stop at everything to speak about the history of your surroundings and landmarks. As much as they physically can, without spoiling the tour, the guides will keep you away from the London traffic. You will certainly see some of London top sights that you wouldn't’t see inside of a car. Helmets and safety equipment are included.

A London Pass will buy you a free tour OR free one-hour bicycle hire.

The Royal Gun Salute is the pinnacle of the universal custom of pointing ones gun in the air and having a bang. The British go through this display of firepower with more pageantry than most. Royal Gun Salutes mark special royal occasions. The guns are fired in Hyde Park, Green Park and at The Tower of London.

Usually 21 rounds are fired in a Royal Gun Salute. If you are fortunate to witness one in Hyde Park and Green Park an extra 20 rounds are thrown in for royal measure as you are in a Royal Park. 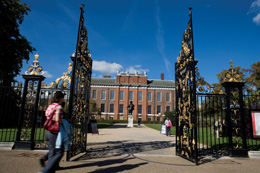 See how the Royals have to rough it at Kensington Palace

Queen Mary, Victoria and Diana, Princess of Wales have all had a role to play in the look and feel of this stylish palace and elegant gardens. On display is a unique collection of Princess Diana's posh frocks. In spring / summer of 2010 Kensington will be transformed into the Enchanted Palace, an intriguing combination of cutting edge fashion and sumptuous design.

Half of Kensington Palace is open to the public whilst the other half consists of private royal apartments including state rooms. Maybe you will meet your future other half from the other half.

A London Pass opens the Kensington Palace doors for you.

Jewel Tower was built around 1365 to house Edward III valuables. Just like a bank would have today the Jewel Tower employed the latest technology to deter any would be robber - it had a moat. The Tower remains virtually unaltered and is one of the few complete buildings left standing from the medieval Palace of Westminster.

The Jewel Tower is conveniently located close to the Houses of Parliament, Big Ben and Westminster Abbey so it is very 'doable' provided you have the time. To make it even more convenient entrance is free with a London Pass 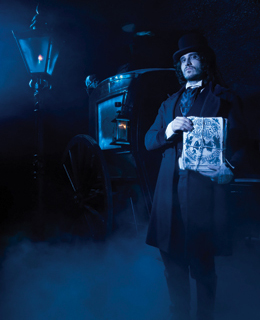 Venture back to the time of the Druids through to the Victorians with special guest appearances by the Vikings, Romans, and some fairly creepy medievals. Stunning special effects and convincing acting combine into a unique interactive adventure that really does takes you back in time.

If that is not enough spend some time with the un-dead. The London Tombs takes you into a Plague Pit so as not to upset the people above ground. Screams are free of charge. When its all over you can recover in Cafe Brood or wait for your pulse rate to return to normal in the London Bridge Museum.

Free Entry with the London Pass