Top 45 Things to do in London England 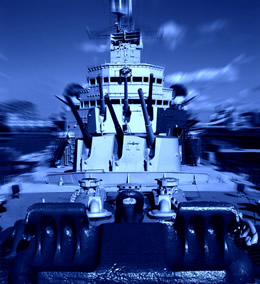 The 70 year old retired HMS Belfast served the Royal Navy with distinction including participation in the destruction of the battle cruiser Scharnhorst, the Normandy Landings and the Korean War. She is the only surviving example of the great fleets of big gun armoured warships built for the Royal Navy in the first half of the twentieth century. With the advent of modern warships and the rise in importance of Aircraft Carriers HMS Belfast became surplus to requirements in 1965. A tour of HMS Belfast will amaze you at the cramped conditions the sailors had to work in. Once onboard imagine how it must have felt to be faced with the very real prospect of sudden death or severe injury.

You'll find the ship moored on the River Thames on the west side of Tower Bridge. A visit can be combined with Tower Bridge and/or Tower of London. A London Pass will help you do all three by reducing the cost and time wasted buying tickets. 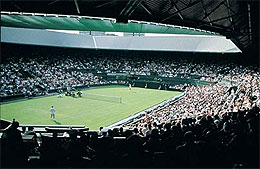 This state-of-the-art Wimbledon Lawn Tennis Museum only opened it doors in 2006 but has quickly become one of London's top attractions. The museum employs modern technology in an imaginative and intriguing way. You can experience what it would have been like to be in Gentleman’s Dressing Room in the 1980's! We can't be serious? Oh yes you can with a virtual John McEnroe to serve up off-limits areas, provide some smashing commentary about Jimmy Connors and some prematch volleys in preparation for the big game.

The interactive touch screen consoles provides a good backhand into the history of the game and the inside story of the Championship is a match winner.

Be warned be forehand that Wimbledon's extensive collection of tennis wear dates back to the 1880’s providing a remarkable record of how sports attire has evolved over the years.

London Pass holders should note that the Wimbledon Experience tour is also available for free. This memorable behind-the-scenes look at Wimbledon features VIP access to restricted areas including No 1 Court, the Press Interview Room, the Picnic Terraces, Water Gardens and fantastic views across London as well as informative commentary from a trained Blue Badge guide. 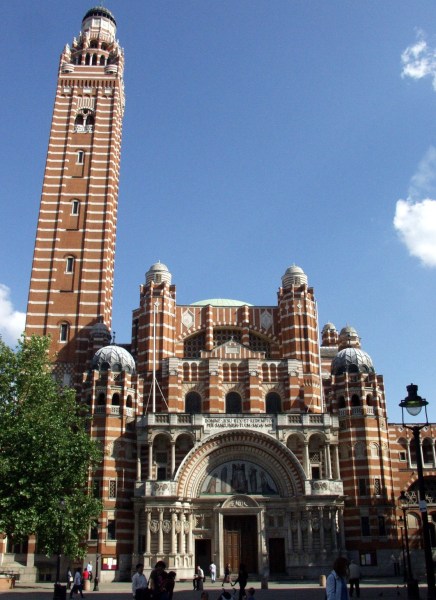 Westminster Cathedral is one of the greatest secrets of London. The sight of the piazza and its extraordinary facade of towers, balconies and domes stops many visitors in their tracts as they recheck their guide books "What's that doing there?" This gorgeous Byzantine style Catholic cathedral contrasts quite sharply with the more familiar Gothic style of the native cathedrals nearby.

Once sighted you will be keen to have a look around. You are free to venture inside the Church and even take photographs provided a mass isn't in progress. Enjoy the mosaics and the views from the tower which are well worth the £5 entrance fee.

The Choir is the highlight for many. You can hear the little angelic voices sing daily at morning mass (10.30am) and evening prayers (3.30pm). 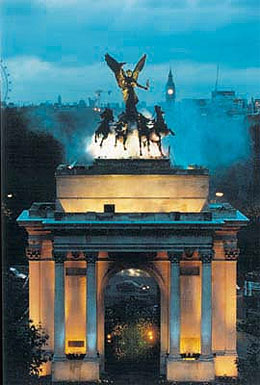 Wellington Arch, also known as Constitution Arch and Green Park Arch, was originally conceived as the gateway to Buckingham Palace but ended being erected at Hyde Park Corner.

The Wellington Arch rooms are very interesting providing a brief guide to the statues and memorials of London but the views from near the top of the arch are its main attraction. From viewing platforms beneath this London arch’s magnificent sculpture (“Peace Descending On The Chariot Of War”) London visitors can perch high above the traffic below and see exceptional views of the surrounding parks (Hyde Park, Green Park and Buckingham Palace Gardens) and the London skyline.

The Wellington Arch is also offers a great vantage point to watch the mounted Horse Guards which pass between its majestic columns every day.

A London Pass will get you in for free. 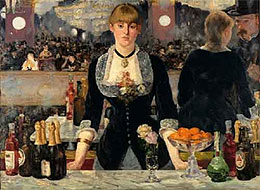 The Courtauld Gallery at Somerset House

Somerset House resembles a huge palace constructed around a central square. The House was built in 1776-86 in a grand neo classical style. It stands on the site of the palace of the Duke of Somerset. This beautiful Georgian building contains many wonderful works of art. Its magnificent courtyard is home to 55 jet fountains, an occasional ice rink and classical concerts. Somerset House has three art collections. Van Goghs, Monets, and Manets. Its Nelson Staircase and Seamans Waiting Hall must be seen. Views of the Thames River from its 800 foot river front terrace culminate into a very memorable experience.

The Courtauld Gallery at Somerset House

The Courtauld Gallery houses some of the country’s best-loved artworks including world famous Old Masters, Impressionist and Post-Impressionist paintings, together with sculpture and applied arts.