Top 70 Things to do in London England 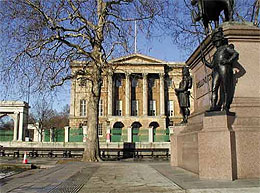 Apsley House - Home to the Duke of Wellington

Apsley House on Hyde Park Corner is a magnificent example of London’s grand houses. The Duke of Wellington took up residence here after his victory over Napoleon at the historic Battle of Waterloo in 1815. The Duke extended and enhanced Apsley House with his magnificent collection of art including his prize paintings by Goya, Rubens and Brueghel. There is also fine porcelain and silver pieces to admire along with sculpture, furniture and medals, many of which, were presented to Wellington personally by relieved sovereigns in recognition of his military successes.

Entrance is Free with a London Pass. It’s a short walk from Apsley House to London’s largest park and nearby attractions such as the Wellington Arch and Harrods.

The rural character of Busy Park makes it a great escape from London without actually leaving the capital. Being close to Hampton Court there has always been a strong Royal connection to this park. This is most recently evidenced by the centre piece of the park, the imposing Diana fountain.

Bushy Park is often missed by visitors and Londoners alike who reside any distance from it and it really is their loss. They miss out on magnificent tree-lined avenues some of which stretch on for almost a mile. They don't get to enjoy the intimate woodland garden, go on secluded walks and venture into quiet glades.

The park is a haven for a variety of wildlife attracted by the parks rural qualities and water gardens.

The London Millennium Footbridge is a pedestrian steel suspension bridge crossing the River Thames linking Bankside with the City of London. It is located between Southwark Bridge and Blackfriars Railway Bridge.

The bridge briefly opened on 10 June 2000 but was closed soon after a charity walk to mark its birth proved to be a little too shaky for comfort. The Millennium, or Wobbly Bridge as it soon became known, did not open again until 2002, minus wobble.

The southern end attractions include the Globe Theatre, the Bankside Gallery and Tate Modern. At the city end is St Paul's Cathedral. The bridge was designed to give a clear view of St Paul's south facade framed by the bridge supports. A walk across the Thames on the Millennium Wobbly Bridge is highly recommended. 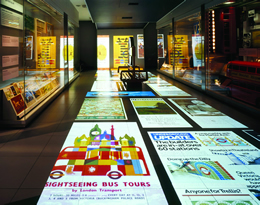 The popular London Transport Museum contains a wealth of heritage vehicles, posters, artworks, photographs, film and video footage, engineering drawings, uniforms, station signs and tickets. Highlights include the iconic red London Routemaster bus, horse-buses, tram cars, trolley buses, the world's first Underground steam train and the 'padded cell' - one of the first electric locomotive Underground trains dating back to 1890. You can sit behind the wheel of a bus and at the front of a real Tube Train.

Tickets are free with a London Pass. 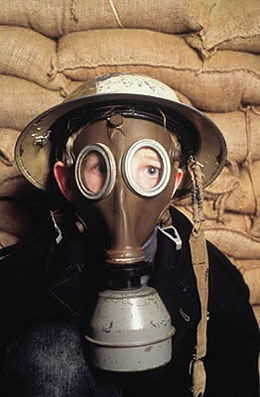 At the Winston Churchill Britain At War Experience you can relive the drama of World War Two from the view point of being Blitzed. This top London museum creates a vivid experience of life during those darkest days with sounds smells and visual effects. The Britain at War Museum takes you in to a BBC radio studio where you can hear the actual influential words of Winston Churchill, Adolf Hitler and Franklin D. Roosevelt.