Top 80 Things to do in London England - Visit Chistlehurst Caves

Chistlehurst Caves contain over 20 miles of dark and mysterious passageways dug out of the soil by the Saxons, Druids and Romans. In more recent times the caves were used as an ammunitions depot during the First World War and have featured in the television program "Doctor Who". The fascinating history of these London caves provide a passage through time right up to the present day. The caves remain a source of fascination for all ages for Londoners and tourists alike. 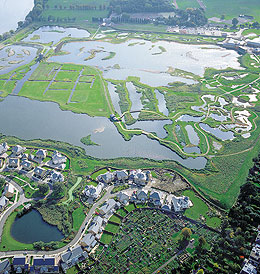 The London Wetland Centre in Barnes, London is widely regarded as the best urban site in Europe to watch wildlife. The 43 hectares of lakes, ponds and marshes is home to many species of wildlife including bitterns, kingfishers and a colony of endangered water voles.

One of the many impressive features of the London Wetland Centre is that it is made up of a range of different habitats interlinked by 3.4 kilometres of high quality pathways and bridges. 99% of these paths are wheelchair accessible. The Centre has gone the extra mile, or maybe just a kilometre, to bring public and wildlife together. The state-of-the-art visitor centre has live CCTV coverage of the site. No doubt there will be episode of The Bill staged at the centre before too long

. They also boast touch screen computers that take you beyond the wetlands in Barnes to wetlands throughout the globe. If you are into birds, are looking to get away from the city or would enjoy a stroll through an interesting and tranquil setting this has to be for you.

Entrance is free with a London Pass. If you are into wildlife the London Pass will also give you London Zoo or one of the most beautiful gardens in the world at Kew.

Petticoat Lane has been operating for over 250 years and is the most famous and oldest of all London's street markets.The market's name stems from the selling of french petticoats and lace. The Victorians changed the name of the lane to avoid any reference to a ladies private things.

To witness a top notch street seller in full cry work his audience can be as entertaining as it is dangerous. Some these guys could sell ice to an eskimo. Petticoat Lane has some of the best in the business. The market is a Monday to Friday affair but Sunday morning is the big event when shopping for bargains and maybe a smile or two gets serious. As ever, be wary of pickpockets. Middlesex Street, Near Aldgate East Tube.

On the other side of London the Portobello markets focus on antiques on Saturdays (said to be the World's largest antiques market) but the rest of the week it is a general market selling all manner of goodies. There is also numerous places to eat from food stalls to restaurants. You may also enjoy fashion and music in this fashionable suburb of Notting Hill in West London. The film Notting Hill, starring Hugh Grant and Julia Roberts, put the suburb on the map internationally and then of course there is the Notting Hill carnival. 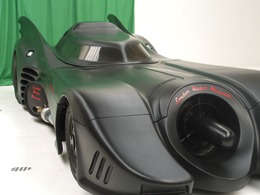 If you like cool cars you'll love the London Car Museum. Home to the worlds fastest production car the SCC Ultimate Aero TT the London Motor Museum is the premier museum in London for car enthusiasts. The Museum has a unique collection of classic American Cars from the 1930s to the present day. 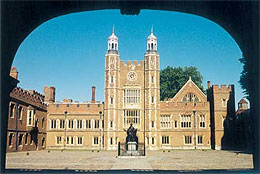 Eton College was built by King Henry VI in 1440 for the purposes of educating the poorest scholars in the country. It has since metamorphosed into one of the most exclusive educational establishments in the world. No less than 18 former British Prime Ministers as having been educated here. Princes William and Harry also went to school here.

You can tour the Cloisters, the oldest classroom in the College and the College Chapel. The tour will provide an insight as to what it must have been like to for first students that both lived and studied here. Eton College is proud of its past and retains many of its historic traditions. In this day and age it is quite surprising to see the students still wearing the original college uniform of black tailcoats and pin striped trousers.

The small town of Eton is close to Windsor Castle. So if you intend visiting one you should consider visiting the other. A London Pass will get you into both free of charge. The 5,000 acres of Crown Land makes this area quite picturesque and well worth exploring the beautiful grounds by the College and a wander round the town of Eton itself.