Top 85 Things to do in London England 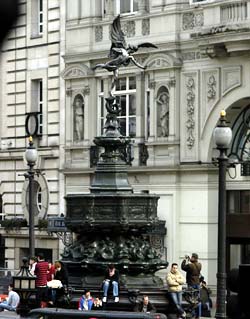 Piccadilly Circus is one of the best known and most photographed areas of London. The focal point of Piccadilly Circus is Eros. Armed of his bow and arrow Eros stands ready to inflict love into heart all those who get too close? Not really. Eros was unveiled in 1893 as a memorial to the Victorian philanthropist, Lord Shaftesbury. Eros' original name was the Shaftesbury Monument. It wasn't till much later that Eros renamed himself after the Greek god of love. Eros was intended to be an 'angel of christian charity' and not the love giver we think of today.

People flock to Eros on mass. During the day shoppers, business people and tourists negotiate the traffic or approach through the piazza from the southern end of the Circus. In the evening, Piccadilly Circus really comes alive, with its gaudy illuminated signs and noisy mix of clubbers and couples. As part of London's West End Piccadilly Circus is all about theatres, cinemas, clubs, pubs and restaurants.

If you have small people to entertain then a trip to Battersea Park's Children Zoo is a must unless its really you who wants to zoo then London Zoo is the do. Battersea has all the usual kid friendly stuff like feeding the lions by hand and cuddling large polar bears ...I kid you, Battersea Park Children's Zoo prides itself on small animal "encounters", play areas and ice cream. "From giant rabbits to miniature Shetland ponies, monkey mayhem to the mouse house - this is the zoo that gets you up close and personal" 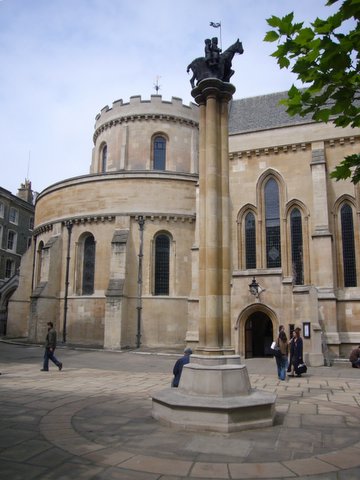 Built for the Knights Templar in the 13th century the Temple Church is one of the few surviving circular churches in England. The Temple Church is the church of Inner and Middle Temple, two of England’s four ancient societies of lawyers. The church is welcoming of worshippers and visitors to London.

As well as services the Temple Church holds concerts and other events. The Church itself is a beautiful building that is home to one of the finest choirs in England. Visiting times are published on their web site. Follow the link below.

Temple, the area around the Church, is a complex of quiet squares and courts and a little like a step back in time. Welcome to London past.

Richmond is a great spot for sunny, lazy Sunday afternoon pub lunch. Situated on the Thames you can watch the tide go in and out, wonder around the local shops and go for a boat ride on the River Thames.

Excluding London Zoo and wildlife parks, London isn’t the place to see wild animals beyond the size of a fox (London has foxes, driven in by the hunters one assumes) but you can expect to see deer in Richmond Park. Richmond Park is big. Biggest of all the Royal Parks and certainly big enough to get lost in. Rolling landscapes of forest and undergrowth are accompanied by herds of wild deer. Just remember where you parked the car. The Isabella Plantation is an attractive woodland garden and worth seeing. 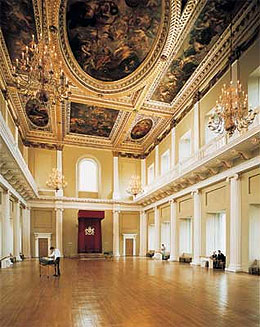 When you are pushing 400 years of age you are entitled to look a little less than perfect. The Banqueting House probably looks better now than it did when it turned 300. It is the only unscathed building of Whitehall Palace, the sovereign’s principal residence from 1530 until 1698. The remainder being destroyed, or partially destroyed, by fire.

The Banqueting House highlight is its Rubens ceiling. Of interest is the 'Undercroft' where James 1st had some time out with his favourite courtiers. You can also see the scaffold where King Charles 1st hung out during his execution in 1649.

Banqueting House was and continues to be used for state occasions, plays and masques. You should always check in case the Royals or Government have pre booked. Its a popular hall.

Get free Banqueting House tickets with your London Pass