Top 60 Things to do in London England

Located In the heart of Regent’s Park the Open Air Theatre has entertained Londoners with its performances of Shakespeare's great works since 1932.

This much-loved tradition is the largest auditoria in London, it is the oldest professional permanent outdoor theatre in Britain and its annual 15-week season is attended by over 130,000 every year. The wonderfully unpredictable nature of outdoor theatre makes each visit extraordinary and thrilling. Performances are staged from May to September. May the weather gods be with you.

There are various sites around the capital that have a Beatles history. Of particular note is Abbey Road and its famous zebra crossing featured on the cover of the Album of the same name. One of the best ways to see the Beatles sites is to join a guided tour. Both on foot and by bus. However you can do it yourself using the tube network. Follow the link below for more details.

The Beatles in London

A natural green space. Beautiful spot, popular with joggers and spring daffodils. The Green Park is famous for its mature trees and open grassland. If you need a rest from the rush of London life, this park is for you.

Green Park gets overlooked in comparison to some of London's other parks as it sits between St. James's Park and Hyde Park, but it's a wonderful space just off Piccadilly with plenty of room to appreciate the great views and monuments. 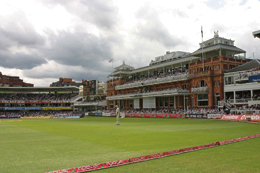 Lord's - an inspiration, unless you are English.

Lord's is said to be the home of cricket. Many cricketers dream of stepping out at Lord’s and it certainly seems to have a positive on its visitors as England do not have a good track record on this ground.

To avoid commencing the 2009 Ashes campaign on a losing note England played their first game in Cardiff, Lords is usually the first venue on a home tour. England hung on for a draw at Cardiff and beat Australia at Lord's for the first time in 10,000 years in the second test. Cricket is a funny game. You can learn just how funny on a Lord's Tour.

The Lord’s Cricket Ground Tour allows visitors to go behind the scene of this historic ground. An expert guide will spend over an hour and a half taking you through the history, architecture and current activities of this iconic site.

The Tour includes a behind the scenes look at the Pavilion, Long Room, Mound/Grand Stand, Dressing Rooms, the award winning Investec Media Centre and the MCC Museum. You also get to see the Ashes, which resides at Lords not matter who wins on the cricket pitch. If you are Australian, it's just not cricket!

A London Pass gets you on tour

More Lords the Home of Cricket 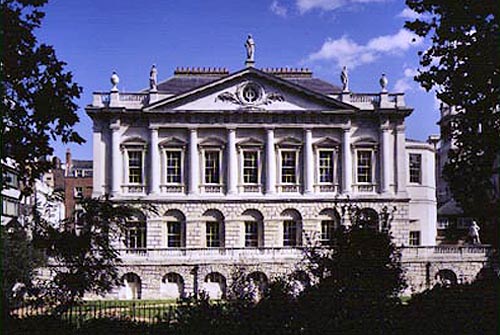 Built in 1756-66 Spencer House, as in Diana, Princess of Wales (1961-97), was one of the most ambitious aristocratic town houses ever built in London. Today it is London's only great eighteenth-century private palace to survive intact.

Situated in the heart of St James's, Spencer House is a great place to visit with much to see and admire with its splendid terrace and garden with magnificent views of Green Park. The highlight for most is the painted room. Spencer House isn't far from St James's Palace, Buckingham Palace and the Palace of Westminster.